Ride the Bus and Win $500 with In2Transit

Riding the bus this summer was even more rewarding than usual for many people in the Comox Valley, due to the In2Transit promotion run by the Comox Valley Regional District (CVRD). During July and August over 40 bus riders won prizes valued at $50 or more. 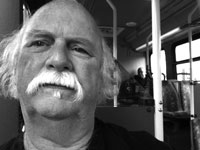 “We would like to thank everyone who got In2Transit and to congratulate our August winners: Kim Watson, Corina Grossmann and Brian Charlton,” said Michael Zbarsky, Manager of Transit and Sustainability.

The promotion doesn’t stop just because summer has. It runs until November 15, 2015. To enter, ride the bus and either take a selfie and post it to a social media channel with the tag #In2Transit, or fill out an In2Transit ticket and drop it off with your bus driver.

An Evening of Video Works by Comox Valley Youth

Each year the Comox Valley Art Gallery brings together a cohort of emerging filmmakers through the Youth Media Project. Participants engage in creating independent films that express their visions for change in the Comox Valley. Current work explores themes such as managing human waste, the real meaning of diversity, the affects of cyber bullying, the story of the Lewis Park totem poles, the importance of protecting the Cumberland forest, the meaning of love, and the story of a small town in Columbia that creates something out of nothing. Students work with community organizations to create short promo videos that will be screened as well. Refreshments will be served prior to the screening at 6:00pm when doors open. 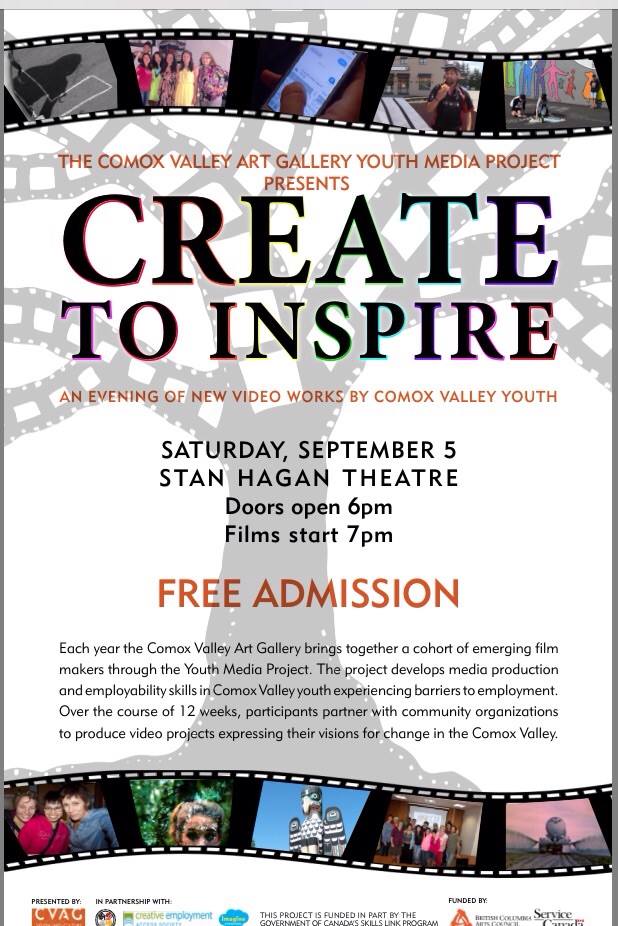 Be a Game-Changer With the Council of Canadians

In the last federal election nearly two out of every three young people did not vote. If more of us vote in the 2015 election, we can be the Game-Changers no one saw coming!